Launch of Staropramen beer in Romania Posted on 11 July 2011 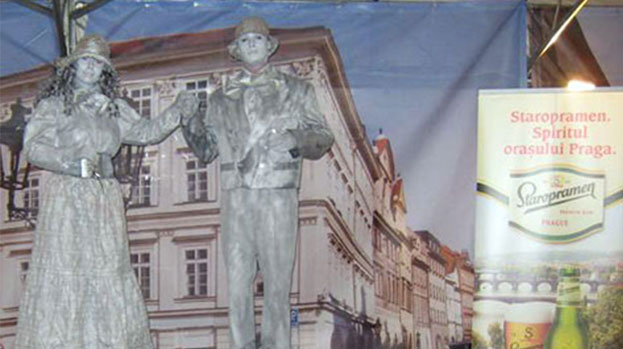 Lowe & Partners manages the creative account of Staropramen since April 2011, after the winning of Beck’s and Stella Artois accounts, at the end of last year. The first campaign started in July with a series of events, where consumers were invited to enjoy a Czech beer in the spirit and unique atmosphere of Prague.

“We were inspired by Staropramen’s brand values, by the tradition and culture of a city with a fascinating history and we tried to transpose the atmosphere of the golden city for the Romanian consumers”, says Mihai Fetcu, Creative Director Lowe & Partners.